In the land of NuCypher, there is a set of characters: Alice, Enrico, Bob, and Ursula. Currently, as one of the services that NuCypher provides, these characters work together to implement a decentralized access control service (or key management system).

In particular, Alice owns some data that is stored encrypted under her public key on some storage network. Alice wants to go on a vacation - to unplug in her own words. Enrico, her faithful honest friend, will continue to encrypt Alice's data and disseminate it to the storage network. While being away, Alice wants to give Bob some temporary access rights to this data. Not unconditional access, instead she wants three conditions to be satisfied: The storage network does not get to see the raw data, neither Bob nor the storage network get a hold of the secret decryption key, and a given access policy (specifying a duration and which data to access) must be enforced.

NuCypher land residents are fond of decentralized solutions. Thus, they resorted to fancy cryptographic primitives (namely, threshold proxy re-encryption) and smart-contract based cryptocurrency (Ethereum) to build a service that will help Alice in her quest. Alice can recruit Ursulas to convert a ciphertext under her public key to a new ciphertext under Bob's public key. So after contacting Ursulas, Bob obtains a ciphertext that only he can decrypt. All of this can be done without any intervention from Alice! So she can enjoy her vacation without blocking Bob.

Ursula does not provide this service out of the kindness of her heart. She collects payments for providing the re-encryption service from both Alice and the NuCypher network. The former is a service fee (in Ether) that Alice pays for each of her access policies that Ursula maintains, while the latter is a subsidy from the network (newly minted NU tokens) — much like mining fees in other cryptocurrencies.

The amount of payment is computed based on the availability of Ursula, the number of policies she participates in, and the amount of stake she pledged when joining the network. To confirm being online, every now and then, Ursula has to invoke a function in one of the NuCypher smart contracts, confirming that she is available to serve Bob's requests. It is an empty function call; it does not require any proofs that Ursula was up or responsive to Bob during the past period.

To Work - or Not to Work - That is the Question!

As a self-interested player, Ursula may follow any strategy, even those that deviate from the honest behavior, to maximize her financial profits. This involves any technique that allows Ursula to save resources and collect the full amount of payments as if she has expended the full amount of resources to provide the re-encryption service.

Ursula realized that the current approach of confirming activity is flawed. She can go offline, ignoring Bob's requests, and come online only to call the confirm activity function, which again does not require submitting any proof that Ursula was online and responsive during the past period.

Furthermore, the revenue computation (both fees and subsidy) is agnostic to the number of requests Ursula serves. Thus, an active Ursula who may serve a huge number of re-encryption requests, and one who does not receive any requests (or more importantly, a malicious/lazy Ursula that does not answer Bob’s requests), will both collect the same amount of revenue if they hold identical policies.

Nonetheless, Ursula has an economic incentive to log her availability and provide a satisfactory level of service. If she "cheats" she will risk devaluing her stake since the network will be less useful to users who will leave and cease paying fees. However, we recognize the long-term need for a more intelligent and specialized technique to hold Ursula accountable and prevent her from cheating the system.

Recall that Ursula collects two types of payments: Subsidy and service fees. Much like other cryptocurrencies, subsides will disappear later once all NuCypher's NU tokens are minted. This leaves Ursula with only the service fees as the source of income. We found that this change in financial incentives affects which accountability (or confirm activity) technique we need to deploy in order to enforce Ursula's honesty.

In the first 5 to 8 years after network launch, when subsidies will likely dominate fees, we are concerned with the availability of Ursulas and their willingness to serve all requests coming from Bob. In other words, regardless of the number of requests served, the revenue total value (both subsidy and fees) will be computed based on the length of time during which an Ursula is online and well-behaved.

On the other hand, in later stages, when subsidies disappear, confirm activity will be tied to providing the re-encryption service, in the sense that the payment will be partially computed based on the amount of service provided. This requires Ursula to confirm its activity by proving that she served a given number of distinct re-encryption requests during a given period.

To make the distinction clear, we refer to the first as confirm availability, and for the second as confirm service activity.

We introduce several solutions for both forms of confirming activity. These solutions differ in the trust, security guarantees, interactivity, and efficiency. We present these solutions briefly below, while a more detailed and complete version can be found here.

Confirm availability solution. Here we use a detect-and-punish approach embedded within an optimistic service monitoring process. This means that it is only invoked when Bob complains that an Ursula is unresponsive. The proposed solution labels Ursulas as working Ursulas and gateway Ursulas. The former are contacted in a regular way to handle the re-encryption service, while the latter act as challengers that are contacted only when there is a complaint from Bob - at which time they will attest whether a working Ursula is indeed unavailable.

Hence, for each round, a set of Ursulas is selected at random to act as gateways. Bob proceeds as usual by contacting a set of working Ursulas recorded in Alice's policy for the re-encryption service. If a working Ursula does not reply, Bob complains to a gateway Ursula and hands her the request. This gateway challenges the working Ursula by forwarding the request again and waiting for an answer. If one is received, the gateway forwards it to Bob and closes the complaint.

On the other hand, meaning no response is received, the gateway notifies the rest of the gateways selected for that round to repeat the same process. If no response is received by any of them, the quorum collectively signs a proof-of-unavailability against the working Ursula and submits this proof to the NuCypher staking contract. Such a proof will cause a portion of Ursula's stake to be slashed as a punishment.

Confirm service activity solutions. Here we devise three solutions that allow producing a proof attesting to the statement "An Ursula has served ω distinct requests correctly" for some positive integer ω representing the number of served requests. These solutions are referred to as zero knowledge proof-based (ZKP-based), committee-attestation, and commit/challenge/open-based.

For the ZKP-based approach, we utilize the fact that in our network each Ursula already produces a ZKP attesting to the correctness of each re-encryption request she performs. Our solution is to aggregate the proofs of all served requests within a round into one proof attesting to the above statement. This accumulation can be done by using generic techniques like proof carrying data (PCD) or incrementally verifiable computation (IVC).

An alternative, possibly more efficient approach, is to view the above statement as an instance of arithmetic circuit satisfiability problem and combine it with a highly efficient ZKP system, e.g., Bulletproofs. That is, build a circuit that takes the set of correctness proofs and their count ω as inputs, and outputs 1 if the number of correct distinct proofs equals to ω. Then, invoke a circuit parser to convert the circuit into the bulletproof format, which allows the prover (Ursula in this case) to produce a single proof. Ursula can submit this proof to the network to claim her payments.

As for the committee-attestation approach, it shares a similar theme to confirm availability solution mentioned previously. For each round, a committee of Ursulas (and possibly outsider verifiers) is elected to attest for the work load an Ursula served. In detail, the working Ursula sends all Bob requests she served along with the correctness proofs to this committee. After verifying all the proofs, the committee collectively signs the "An Ursula has served ω distinct requests correctly" statement, while replacing ω with the actual number of served requests. The committee (or the working Ursula) submits the signed statement to the network so the working Ursula can claim her payments.

Lastly, for the commit/challenge/open approach, we introduce a mechanism inspired from the Merkle tree-based ZKP system proposed by Dottling et al. For each round a working Ursula constructs a Merkle hash tree of all served requests and their correctness proofs. Then, she uses the root as a random beacon to be fed into an iterative hash process to select n leaf nodes at random to open them (i.e., these are the challenges). Ursula signs the Merkle tree root and the activity proof will be composed of the signed root, the challenge leaf nodes along with their openings, and membership paths of the challenge leaves. Ursula sends this proof either to a sidechain (maintained by round-selected committee) or to the main network to verify. Once verified, Ursula will be rewarded with the service payment.

Which solution to adopt will be based on benchmark testing and the development vision of the NuCypher network. The ZKP-based solution provides several advantages including non-interactivity, as opposed to the committee-attestation one that needs interaction with the committee. It also supports computational soundness as opposed to the statistical one of the commit/challenge/open solution. Nonetheless, it could be the case that the other solutions are more efficient especially if we incorporate committee attestation or sidechains to support other functionalities in the network.

Thus, for now we lay down all these solutions, and continue to explore more creative techniques for the confirm activity problem, for the sake of NuCypher's benefit as well as other decentralized, possibly related, projects in the space. We also envision that some of the proposed techniques will be useful for future services that the NuCypher network may provide. Our next step will be looking into the implementation, testing, and adoption of these techniques. 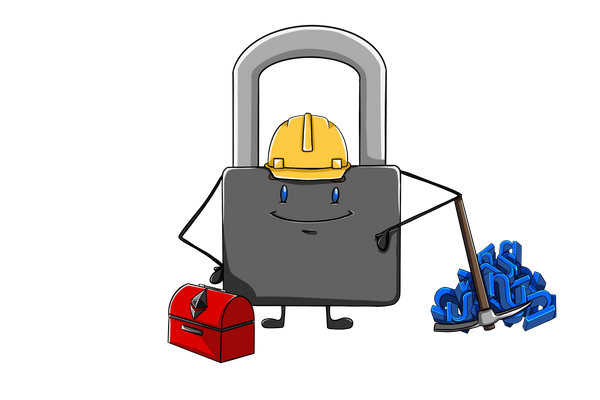 The WorkLock is finally here! The WorkLock is NuCypher’s novel network node setup mechanism that will be used to launch the network. It allows participants to temporarily stake ETH 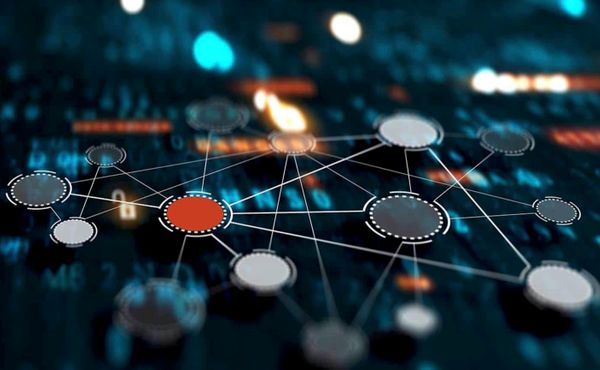 Net neutrality, equitable and monopoly-free ecosystems, decentralization and transparency, privacy and anti-censorship — these are some of the slogans we carry around when we think about the future of the Internet