Continuing our commitment to keep our community up to date we are pleased to release Volume 7 of our newsletter. As always we start with our Developer Updates:

What’s coming up next:

Bogdan Opanchuk joined NuCypher to research the acceleration of fully homomorphic encryption (FHE) algorithms and their possible application to private smart contracts and other use cases. Bogdan holds a Masters in Applied Physics and Mathematics from the Moscow Insitute of Physics and Technology (MIPT) and a PhD in Physics from Swinburne University of Technology.

Arjun Hassard joined NuCypher as our product and partnerships lead. Arjun was the Head of Product at Factmata and SyndicateRoom, holds a Master’s from Kyoto University, and a physics degree from Imperial College London.

Derek Pierre joined NuCypher to lead the business development team. Derek studied Mathematics and Computer Science at the University of Waterloo and is a former software engineer at Research in Motion (Blackberry) and Quest Software. He recently graduated from the Rotman School of Management at the University of Toronto.

A big overall welcome to the new team and we intend to keep growing!

We’re looking for a scientist with expertise in fully homomorphic encryption (FHE) to assist with our research efforts on performance improvements and potential applications for smart contracts. Please feel free to share this link if you know of anyone that would find this type of work fulfilling:

NuCypher is proud to support the Mobility Open Blockchain Initiative (MOBI) as a founding member along with leading car makers BMW, GM, Ford, and Renault.

MOBI is an industry research consortium that will explore the potential of blockchain technology in the automotive and mobility space with the goal of making transportation safer, more affordable, and more widely accessible.

BuildersDW is all about the people behind the technology stack of the future.

For our third episode, we stick with the NuCypher team — this time going deep into the absorbing realm of cryptography and cryptographic engineering. Our guest is John Pacific, who at 21 years old is already making a name for himself in the information security and blockchain worlds. He spends his days at NuCypher implementing cryptographic schemes and worrying about security issues.

MacLane Wilkison talks with Zachary De Witt about how NuCypher is building scalable privacy for blockchains.

Smith + Crown: Cryptofinancial research, analysis and data for Bitcoin, blockchain technologies and digital currencies did a high-quality review of NuCypher.

John Pacific talks to Sean Morgan of ChronoLogic about how NuCypher functions as a privacy layer for Ethereum.

hack.summit() is a virtual conference where you can learn about blockchain concepts. You can attend from anywhere, and the event is happening July 9th — 11th. We are proud to announce that MacLane Wilkison, NuCypher CEO, will be presenting.

At NuCypher, we’re proud to support coding non-profits. We’ve negotiated free passes for all members of our community to attend for free using promo code NUCYPHER.

Hey NuCypher and Keep community, here is the transcribed copy of the AMA hosted by Figment's Staking Hub. Thanks to the hosts, the Nu + Keep team, and those who asked questions from the community. 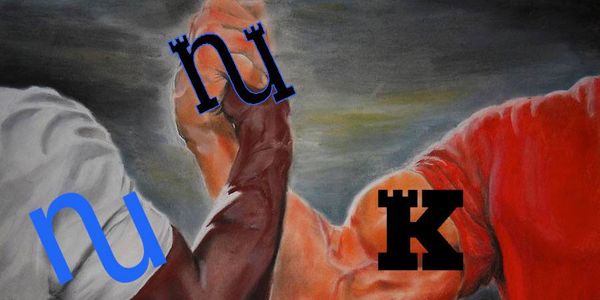